Windsail Reduction – It Has Value 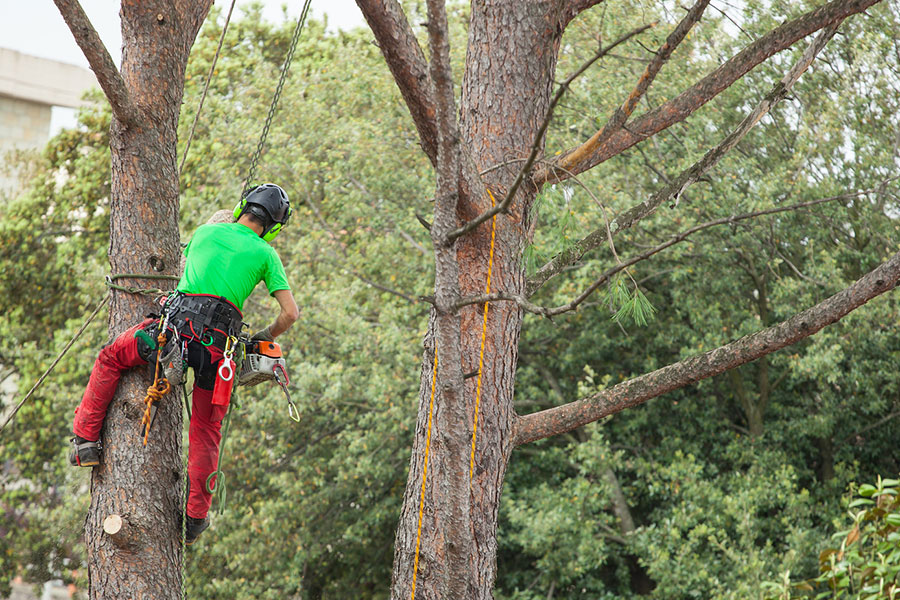 Windsail reduction can be a controversial topic. While some dispute that windsail reduction has merit in conifers, studies have shown its benefit. Our neighbors to the north in British Columbia, Canada use windsail reduction as a common practice, to a great extent because of studies performed by Stephen Mitchell, associate professor at the Department of Forest Sciences at the University of British Columbia. His research has demonstrated that the proper pruning of conifers reduces windthrow, a common problem along the exposed edges of forest left after clear-cutting of adjacent areas. Mitchell is currently mapping windthrow hazards in Washington State as well.

Dr. Ed Gilman, Professor in the Environmental Horticulture Department at the University of Florida, has proven that proper pruning from an early age reduces tree damage in hurricane force winds. While most of the trees he works with aren’t deciduous in Florida’s climate, many relatives of Florida species may be found in the Pacific Northwest. His work proves very clearly that shade trees benefit from training and windsail reduction.

A certified arborist understands the principles of pruning that lead to a strong, wind-resistant tree. The sooner you enlist his or her assistance the more likely your trees will never become a hazard in a major windstorm.

For example, the removal of large branches in an older tree increases the risk that decay may start in the trunk. This can be avoided by early selection of one dominant leader. At most, one codominant stem should be left and the rest of the remaining limbs should be subordinated.

Discuss with your arborist any plans you have for the tree. If you don’t want a limb drooping down into your “head space,” a certified arborist can ensure that lower branches are removed until the proper height for lateral branches is attained for the tree’s species and genus.

Gilman recommends pruning begin at planting. Follow-up windsail and maintenance pruning should follow at two, four, eight, fourteen, twenty and twenty-five years.1 The initial prunings are the most important because they establish the wind resistance of the tree for every pruning that follows.

In general, a coniferous tree that has grown alone without competition from other trees poses little risk of windfall. It’s exposure to the elements makes it stronger from all sides. Yet, the same type of conifer will not have the same resilience if it has been sheltered by other trees. If these trees are removed, the tree becomes vulnerable because the trees around it no longer deflect the wind.

The windfirming techniques used by B.C. loggers are used by in-the-know certified arborists in Puget Sound. A recently exposed conifer is often top-heavy. This crown may be thinned using a spiral technique where the structure of the tree is carefully preserved. Thinning within the inner canopy (also known as liontailing) is no longer recommended as this seems to increase the risk of trunk failure.

At the same time, any signs that a tree is in decline due to disturbance of the root system must be carefully noted. Pruning away essential canopy may send a stressed tree into a spiral of death.

Windsail reduction remains an area where ongoing research is needed. Techniques such as trimming back the longest limbs in the tree canopy are still being tested for their effectiveness. Until more results have been gathered, you should discuss your concerns with a certified arborist.

12 Reasons to Hire an Arborist for Your Commercial Landscape
September 22, 2022

Why It’s Important to Hire a Certified Arborist in Provo, Utah
November 2, 2016